by Anwesha Bose
in Computer Application 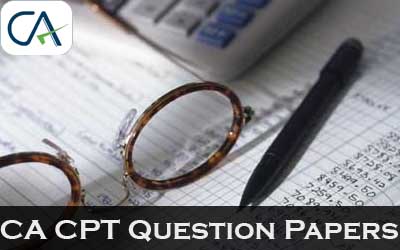 The paper was overall as expected; there were no too tough questions or surprises. According to some students the Mathematics questions were a little tougher than the rest. The questions in Accounting, law and other sections were on average difficulty level.

CA CPT results are declared around one month after the exam date. Thus result for Dec 2013 exam will be declared between 16th to 21st Jan.

The exam was conducted in two sessions as follows

A candidate for the Common Proficiency Test shall ordinarily be declared to have passed the test if he/she obtains at one sitting a minimum of thirty percent marks in each section and a minimum of fifty percent marks in the aggregate of all the sections comprised in CPT (Examination), subject to the principle of negative marking, in such manner as may be determined by the Council from time to time.

Common Proficiency Test (CPT) is a gateway to enter into the profession of Chartered Accountancy. CPT is open for candidates who have registered to CPT course with the Board of Studies of the Institute and have appeared or passed or going to appear in September/October 2013 in 12th class or equivalent examination.

Please note: The CA CPT dec 2013 question paper is not provided officially so soon. Thus the paper will be compiled from test takers memory. If you appeared for the exam, please share your experience and the questions you remember in the comments below.