Daulat Ram College Releases The First Cut off; Marginal Rise/Dip In the Cut Off 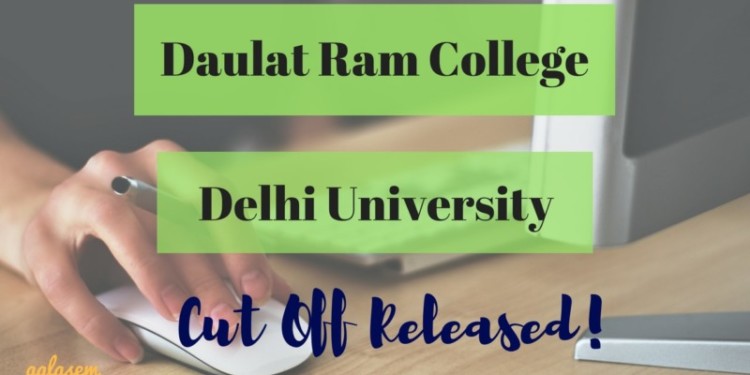 The Daulat Ram College(DRC) has released the first cutoff for the undergraduate courses today. The cutoff list has the minimum marks that a candidate needs to qualify for the admission process. After the completion of registration process, the cut off has been declared as per the schedule. This year there are has been a marginal change in the overall cut off of the most of the courses offered by the college. The admission will be completely based on merit depending upon the performance in the Class XII Board Result. With the amazing 12th Results, there will be neck to neck competition this year. Considering all the categories, candidates having 90%+ marks can only expect to grab a seat in the first round off the cutoff list. The complete Daulat Ram College Cut off is given below. You can check the cut off of individual courses offered by DRC in this article.

Arts – Political Science & History
The Arts courses have also seen a marginal increase in the cutoff. The most preferred course by students B.A Honours Political Science has seen maximum cut off 94.5% last year and it was 94.5%, 92%, 91%, 91%, and 90 % for GEN, OBC, SC, ST, and PWD candidates respectively.

Daulat Ram College offers 07 undergraduate courses in Science. The cut off has been high for these courses as always. The course with the highest cutoff is Physics and Chemistry and lowest being the Life Science.

B.Sc. Honours Mathematics
Last year, the cut off was 94%, 90%, 87%, and 90% for OBC, SC, ST, and PWD candidates respectively. This year, students having less than these percentage have to wait for the next cut off list to take admission.