LSR, Delhi University has released fourth cut off list on 05 July 2018 as per schedule. Candidates can check the DU Fourth Cut Off 2018 for LSR from here and official website.

For complete DU fourth cut off 2018 for Lady Shri Ram College for Women, check the list below. 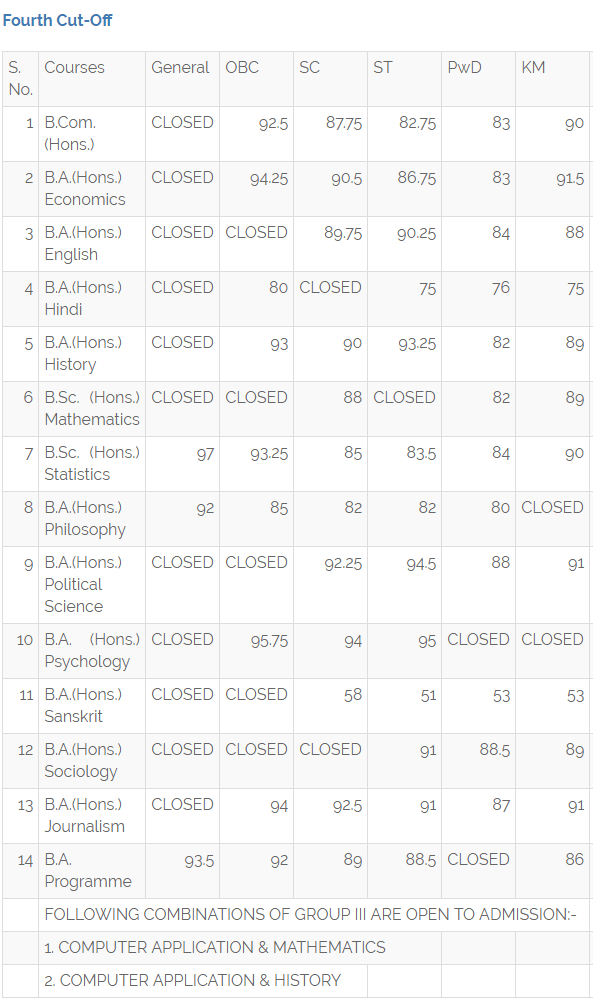 LSR is a women’s college. It was established in the year 1956. Its parent institution is University of Delhi. There are 150 academic staffs in LSR, DU and approximately 2000 students.