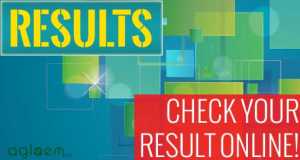 FCI Result 2016 can be checked online for exams notifications announced in 2015. Candidates can check zone wise FCI Result 2015 for Advt.03/2015, Advt 04/2015, Advt 05/2015 at fcijobsportal.com. Food Corporation of India Category 3 recruitment exam held for Assistant Grade III, Assistant Grade II, Junior Engineer, Typist results are being announced separately by each zone. To estimate FCI score, check FCI Answer Keys released for each zone. Food Corporation of India zone wise results can be accessed by candidates who have appeared from North zone, South zone, West zone, East zone, and North east zone. After declaration of FCI Result 2015 of written exam, skill test will be held for specific posts. Selected candidates will be posted in any state within that zone, and if required, in other state as decided by the FCI.

Latest:- Check the revised list of selected and waitlisted candidates of FIC North Zone Advt No 3/2015 below.

In the table below, links for FCI Headquarters is given.

The Result of FCI 2015 for Advertisement No. 4/2015 has been declared by Food Corporation of India. The FCI has issued the list of shortlisted candidates who are called for Document Verification and GD / Personal Interview. Candidates can check the list using the link provided below.

In the table below, links for FCI North Zone, South Zone, East Zone, West Zone, North-East Zone are given.

Candidate will have to select the category and then the respective zone in order to view FCI Result 2015. The result of FCI Recruitment will be available on the official website fcijobsportal.com where FCI Category 3 Result (Advt. 3/2015) and FCI MT / Managers Result (Advt. 4/2015) will be published separately. Follow the step by step instructions below to check your result.

A candidate should be able to fulfil each of the eligibility criteria along with qualifying the exam in order to get selected in FCI Recruitment.

Food Corporation of India has issued answer keys of FCI Exams for South Zone, West Zone and North-East Zone. They can be accessed on the official website fcijobsportal.com by the candidates. Follow these steps to access the answer keys.

FCI Result 2015 Category 3 (Advt 3/2015) and FCI Result 2015 MT / Managers (Advt 4/2015) for each zone will be published by the Food Corporation of India online to be viewed by the candidates. Those who have applied for FCI Category 3 (JE, AG-II, AG-III) or Management Trainee and Manager post can access their Result once it is published.

FCI Result 2015 will be declared zone wise. Date of result declaration is not yet been announced officially. We’ll update you with the date as soon it gets declared by Food Corporation of India.

In the table below, links for FCI North Zone, South Zone, East Zone, West Zone, North-East Zone are given.

The total number seats available for the candidates differ zone wise. Have a look below to know about the vacancies-

If you have any queries regarding FCI Result 2015 or FCI Recruitments, please ask in the comments below.