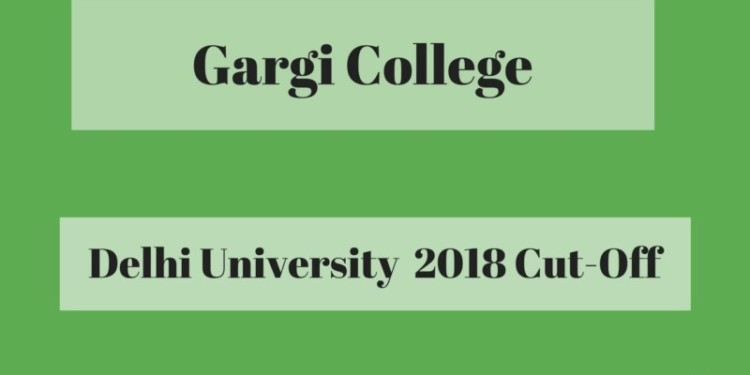 Latest: The first cut off list for Gargi College has been released officially. Check it below.

Gargi College Cut Off For BA

The cut-off for B.A. (Hons) Economics is 97% for General Category, 93% for OBC students, 90% for SC, 85% for ST, PWD, and KM students. This year the cut-off marks have decreased in comparison to last year.

For admission in B.Sc (Hons) Chemistry, cut-off marks are following 95% for general category students, 94.33% for OBC. The percentage required for reserved category students are 89% for SC, 80% for ST. The PWD students require 70% and Kashmiri migrants require 89% respectively.

According to the previous year stats, the cut-off for the general student was 96.5%. The cut-off marks for ST and PWD was same 90%. The marks percentage for OBC, SC, and Kashmiri Migrants were 94%, 91%, 92% respectively.

The students who meet the cut off criteria as given above have to appear in the college of their choice and complete the admission process. The students must carry the documents required for the verification purpose.

Important Notes of Physics for NEET, JEE: Magnetism and Matter