Karnataka Examinations Authority (KEA) has announced that it will conduct KCET 2017 on 2nd and 3rd May 2017. Kannada language test for Horanadu and Gadinadu Kannadiga candidates is scheduled to be held on 4th May 2017. KCET 2017 is the Karnataka Common Entrance Test. It is compulsory to submit KCET 2017 application form for all first year professional degree programmes. In addition for 7 courses candidates must also appear in KCET 2017 and obtain rank. Also important to note is that NEET 2017 result will be used for MBBS/BDS admission, and NATA 2017 score for B.Arch admission. KCET 2017 application form will be available from 27 January 2017. 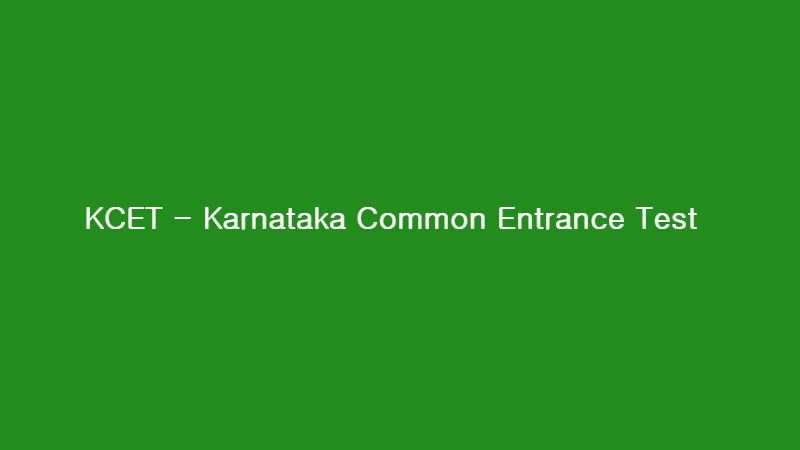 If there are any changes in dates then they will reflect in the official website of KEA KCET 2017.

From this session onwards the authorities have decided to accept NEET 2017 Result for MBBS and BDS admission. With this in mind the candidates who wish to get admission in government seats of medical and dental colleges must apply for NEET 2017 separately.

Applicants will get KCET 2017 admit card which they need to carry to exam hall on the exam day. The exam papers will take place on different days and the admit card is important for all these exam dates.

KEA will hold online counselling after declaring KCET 2017 result. With merit list release the authorities will set up centers across Karnataka for document verification.

With KCET 2017 notification in hand now candidates can gear up preparations for this Karnataka Common Entrance Test 2017. Prepare well to get a good rank and get a seat of choice in dream college.

NEXT Exit Exam After MBBS For Postgraduate Medical