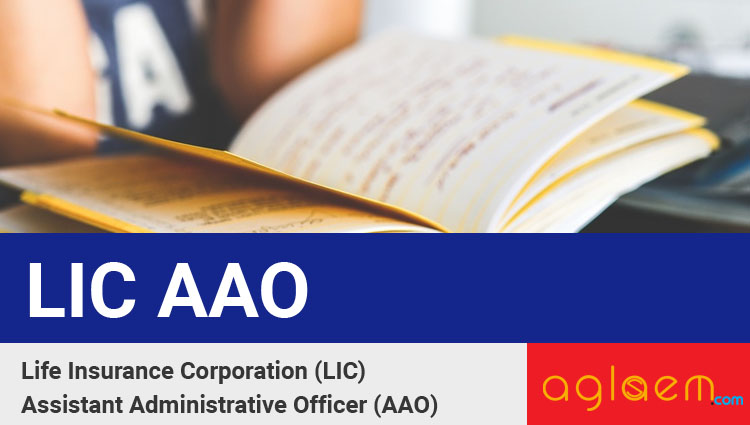 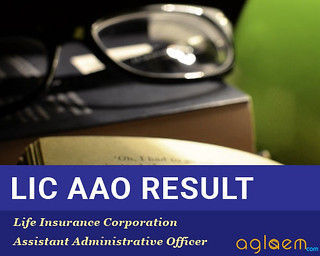 LIC AAO Result 2016 has been declared by Life Insurance Corporation of India. Result of LIC AAO 2016 can be checked online at licindia.in by candidates who appeared for the online exam on 05, 06 ,12 and 13 March 2016. Candidates who obtain marks more than the qualifying cut off marks are indicated as having qualified for interviews. LIC AAO Cut Off 2016 is applicable in each section of test, as well as overall. Based on the LIC AAO Result 2016 of online examination and interviews, recruitment is being offered for 700 vacancies to the post of Assistant Administrative Officer (Generalist). Get here complete details of LIC AAO 2016 Result such as date, procedure to check result and other information.

Latest – LIC AAO 2016 Details of Marks obtained by the candidates has been announced. Check below.

To discuss post examination details such as exam analysis, cut offs and result, join the discussion on LIC AAO 2016 at forum HERE.

The following dates are relevant for candidates who appeared for the exam.

Life Insurance Corporation of India is going to appoint meritorious candidates for the post of Assistant Administrative Officer on the basis of LIC AAO 2016 Result. The result of LIC AAO 2016 can be checked online as soon as it is declared by the exam conducting body. The significance of each stage of result is outlined here.

On the basis of the online test and interview held for recruitment to the post of Assistant Administrative Officer (Generalist), candidates with the roll numbers have been shortlisted for pre recruitment medical examination. The direct link to check the result of interview is given below. Candidates can now check the marks obtained also on the official website or by a direct link given below.

The Result of the LIC AAO 2016 Online Exam held on 05, 06, 12, 13 March 2016 has been declared by Life Insurance Corporation of India. The LIC has released a list of candidates who have been shortlisted and called to appear in Interview. Candidates can check the list of shortlisted candidates using the link provided below.

The official website where updates of LIC AAO 2016 are published officially is www.licindia.in.

About the exam – Online examination for candidates appearing in LIC AAO 2016 Recruitment consists of five sections. Maximum marks that can be obtained in the exam is 300. Overall duration of the paper is 120 minutes (2 hours). Candidates must pass each section separately and also obtain minimum marks in aggregate to qualify for interview. Examination pattern and marking scheme is as follows.

There is negative marking in the exam; for every incorrect answer, 1/4th of the marks assigned to that question is deducted.

Calculation of marks to arrive at result of LIC AAO 2016

As the examination is held in more than one session, the scores across various sessions will be equated to adjust for slight differences in difficulty level of different test batteries used across sessions.

Section wise cut off to qualify in online test and overall cut off for shortlisting for interview is decided by the Life Insurance Corporation of India. LIC AAO 2016 Cut Off will be known after the results are announced.

In the meantime you can check past years cut offs below.

Note that the cut offs given above were published in the year 2013-2014. Cut off of 2015 is not available with us at the moment. If you have any reference document containing LIC AAO cut offs of more recent years, please comment below on this page.

After the LIC AAO Result 2016 of online exam is announced, qualified candidates can download admit card of LIC AAO 2016 for interviews.

Exact schedule and instructions for interviews will be known once the call letters are obtained.

LIC Assistant Administrative Officer recruitment 2016-2017 exam analysis is a means of assessing overall difficulty level of exam, and arriving at expected cut offs. This time the LIC AAO 2016 exam is being held on three days, and on each day there are two sessions. Set of questions asked in each session are different from each other although at a similar difficulty level.

This page is being updated with details about result of LIC AAO 2016.

If you have any queries about LIC AAO Result 2016, please ask in comments below.