How to approach Logical Reasoning Questions in LSAT 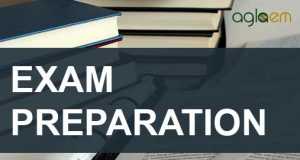 Logical reasoning questions evaluate your ability to understand, analyze, criticize, and complete a variety of arguments. The arguments are contained in short passages taken from a variety of sources, including letters to the editor, speeches, advertisements, newspaper articles and editorials, informal discussions and conversations, as well as articles in the humanities, the social sciences, and the natural sciences.

Each logical reasoning question requires you to read and comprehend a short passage, then answer one or two questions about it. The questions test a variety of abilities involved in reasoning logically and thinking critically. These include:

The questions do not presuppose knowledge of the terminology of formal logic. For example, you will not be expected to know the meaning of specialized terms such as “ad hominem” or “syllogism.” On the other hand, you will be expected to understand and critique the reasoning contained in arguments. This requires that you possess, at a minimum, a college-level understanding of widely used concepts such as argument, premise, assumption, and conclusion.

Answer each question on the basis of the information that is given, even if you do not agree with it. Work within the context provided by the passage. The questions do not involve any tricks or hidden meanings.

The LSAT is one of the most reputed law entrance exams. A number of colleges use the LSAT India scores for admission to their law schools in India. To ace the exam is no mean feat. The points given here, you must keep in mind while facing the Logical Reasoning section of LSAT India. Best of luck for your exam!