Home » Uncategorized » NEXT Exit Exam After MBBS For Postgraduate Medical

NEXT Exit Exam After MBBS For Postgraduate Medical 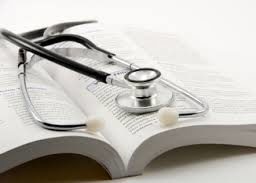 Answer to question in Lok Sabha on NEXT Exit Exam

Download official file here to know complete answer of the Government on NEXT Exit Exam.

This document says the following.

Will the Minister of HEALTH AND FAMILY WELFARE be pleased to state:

(a) whether the Government proposes Exit Exam for MBBS pass out students, if so, the details thereof;

(b) the extent to which it is likely to help in addressing the concerns over the standard of medical colleges and quality of doctors;

(d) if so, the reasons therefor; and

(e) the extent to which it is likely to help in ending Inspector Raj in the medical education sector?

(a) to (e): In the draft National Medical Commission Bill considered by NITI Aayog, an
Exit Exam has been provided for at the under graduate level. It is expected to help as a method for quality certification of graduating doctors. No separate exam for foreign graduate is provided for in the draft bill. Exit exam would be an outcome based quality control mechanism instead of focusing on verification of infrastructure.

Provided below are key highlights of document.

Registration Of Provisional Or Permanent

Provide further that a person seeking provisional or permanent registration shall not have to qualify the Screening Test if he/she holds an Under Graduate medical qualification from any of the countries notified in this regard by Government of India and the holder thereof also been awarded a Post Graduate medical qualification and also recognized for enrolment as medical practitioner in that country.

Reservation Of Seats In PG Courses

Upto 50% of the seats in Post Graduate Courses in Government Colleges may be reserved by the appropriate State Governments/UTs for Medical Officers in the Government services, who have served for at least three years in remote and difficult areas. After acquiring the PG Degree, the Medical Officers may further be required to serve for a period up to three years in remote and/or difficult areas by the State Governments/UTs concerned. Admissions to this quota would strictly be on the basis of NEXT merit list only.

What are your views on NEXT Exit Test? Share views on whether NEXT should be conducted or not.