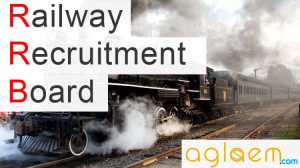 RRB Stenographer and Others Result (CEN 03/2014) – Result of Railway Recruitment Board (RRB) exam for Stenographer, Jr. Steno, Jr. Translator and other posts can be checked here. Written exam was conducted by the RRBs on January 11 and 18, 2015 for various posts of Ministerial, Isolated categories, and Teachers. Indian Railways will conduct further rounds of selection involving skill tests, and interviews based on the RRB Result CEN 03/2014 that is being announced separately by each RRB. 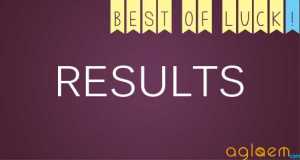 If you are looking for the Result of Railway Recruitment Board Non technical Popular Categories exam held in March to April 2016, you can check the RRB NTPC Result (CEN 03/2015).

Candidates can get here complete details of RRB Stenographer and Others Result (CEN 03/2014) for each Railway Recruitment Board.

Click Here to discuss anything regarding CEN 03/2014 Recruitment / Result / Examination.

RRB Recruitment Written Exam for CEN 03/2014 has been successfully conducted on 11th and 18th January, 2015. Candidates who had applied for the posts and appeared in the test at the assigned test centers, can get here the following results.

Candidates must go through the official notification to know the exact procedure of selection for specific post. Click here to download the RRB Centralized Employment Notification (CEN) 03/2014.

The Railway Recruitment Board will make available the facility to check results easily. RRB Stenographer and Others Result 2015 (CEN 03/2014) will be published separately by each RRB. The links to official websites of every RRB in India are given below.

Select the Railway Recruitment Board (RRB – zone) and go to the result page.

On this page, information and updates regarding RRB Results of Centralized Employment Notice 03/2014 are being updated as per official announcements by each RRB.

Candidate must check local newspapers, official websites of RRBs, and this page to stay updated about the RRB Results.

If you have any queries regarding RRB Stenographer and Others Result (CEN 03/2014), please ask in comments below.