by Mamona Majumder
in Commerce 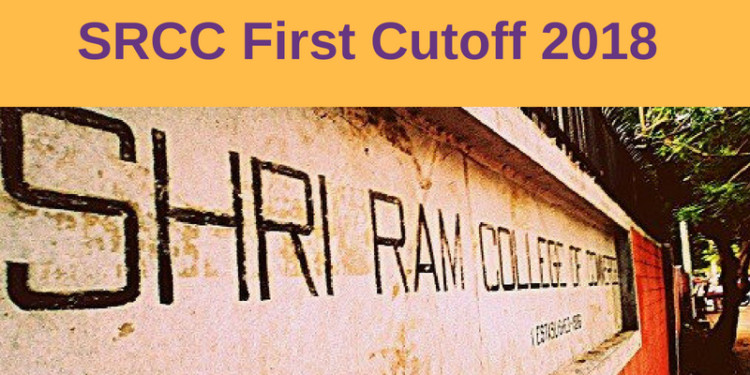 Shri Ram College of Commerce (SRCC) has released their first cutoff list 2018 for admission in B. Com (H) and B.A. (H) Economics. This year the General category cut off for B.Com (Hons.) is 97.75% same as previous year. Whereas the cutoff of B.A (H) Economics is 98.50% which is higher as compared to last year.

SRCC is one of the most sought-after colleges during the Delhi University (DU)admission. The college grabs the limelight every year because of its high cut off percentage. This year the cutoff has remained same for B.Com (Hons.) like 2017. But the case is unlikely for B.A (H) Economics, this year the candidates have to have a score of 98.50% for admission.

Last year, the General cutoff for SRCC in the first round of seat-filling was 97.75% for both B.Com (H) and B.A. (H) Economics. Also, SRCC was the first institute to release the cutoff list among others. The first cutoff list of SRCC was published on June 23, 2017. In addition to all these, last year the seats for admission to BA (Hons) Economics were filled up in general category in the first list itself. Therefore, it is quite clear that getting through SRCC is a tough nut to crack.

Last year, the SRCC second cutoff which was released on July 01, 2017, the cutoff for general category for B.Com (H) was 97.50% whereas the seats were filled in the first admission round itself for B.A. (H) Economics admission. The last SRCC cutoff list was released on August 24. The admissions in SRCC ended with the release of the 11th cutoff list which indicated vacancy for PWD candidates only.

The cutoff list of all the colleges will be also available on the website of DU, on June 19, 2018. DU Cut Off 2018 will be announced separately for Science, Commerce, and Arts colleges. Admissions are done on the basis of class 12th performance.