by AglaSem EduTech
in Competitive Exams 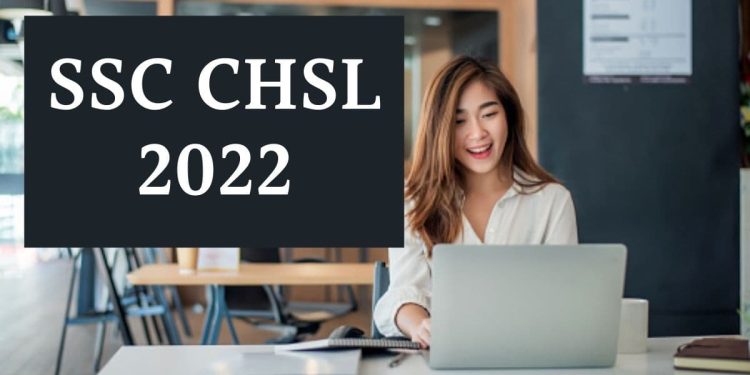 SSC CHSL 2022 – Staff Selection Commission has released SSC CHSL notification and application form. The form and the notice will be released online, at ssc.nic.in. The last date to apply online is 07 Mar 2022. SSC CHSL Tire 1 exam date is in May 2022. The confirmed date will be out soon. The dates for Tier 2 and 3 will also be announced later on. SSC Combined Higher Secondary Level Exam 2021 (CHSL) is a national level recruitment for which around 29 to 30 lakh candidates apply. CHSL 2022 is expected to open for 4726 vacancies (approx.). Through it, Postal Assistant (PA) / Sorting Assistant (SA) Divisional Clerk (LDC) / Junior Secretariat Assistant (JSA), and Data Entry Operators (DEO) vacancies will be filled. For the recruitment 12th pass candidates can apply. Know more details on SSC CHSL 2022 from this page.

SSC CHSL is a highly competitive exam in nature. Candidates need to be well prepared about it. Here we have provided the overview of the exam. Candidates can have a look at it:

The notification for SSC CHSL is released as pdf. It is first released in news papers and then on the official website of SSC, which is ssc.nic.in. As soon as it is out, we will update it here.

Educational Qualification: The minimum education qualification needed to take the exam are as follows:

B. For Data Entry Operator in the C&AG – Passed 12th standard in Science stream with Mathematics as a subject.

Age limit: The age limit of the candidates should be between 18-27 years of age.

Step 2: Here, Fill in the required details for One Time Registration.

Step 7: Here, fill in all the necessary details, choose examination centers, medium of the test, etc.

Step 8: Now, upload your recent photograph and signature as specified.

Step 7: After completing the form, click on I agree.

Step 8: Preview the application form thoroughly, before submitting it.

SSC CHSL Application Fee – The application fee, for the SSC CHSL is Rs. 100.

The selection process for SSC CHSL is divided into 3 parts, which are:

The selection process for SSC CHSL is divided into 3 parts, which are:

Before appearing for the exam, students must be fully aware of the SSC CHSL syllabus. Given below is the Tier I, syllabus for SSC CHSL:

Tier-I syllabus for SSC CHSL 2022 is as follows

Tier-II and Tier-III syllabus for SSC CHSL 2022 is as follows:

SSC CHSL exam pattern for Tier 2 – In the exam, candidates have to write an essay of 200-250 words. Apart from this, candidates also have to write a letter or an application of 150-200 words. The exam is total of 100 marks and candidates get 1 hour for it. The time duration for PwD candidates is 1 hour and 20 minutes. Candidates can write the exam either in Hindi or English language.

SSC CHSL exam pattern for Tier 3 – The minimum work per limit for those who have applied for Data Entry Operator need to type 8000 keys depressions per hour. Data Entry Operator in C&AG need to type 15000 key depressions per hour. This is a screening test and is also held online. Again, candidates can give this in Hindi or English. The duration of the exam is 15 mins. PwD candidates get 20 mins.

Soon after the announcement of the exam, the tentative answer key will be released by the official authorities. Candidates will be able the download the answer key by clicking on the ‘Answer Key’ button on the website’s homepage.

To calculate the score, candidates can follow the below-given formula:

The SSC CHSL result will be announced by the official authorities at ssc.nic.in The result will be announced in the form of a merit list. The roll number, name of the candidate, category of the candidate will be displayed in the result. Candidates just need to click on the ‘Results’ button on the official website’s homepage and access the results through the direct link of the SSC CHSL result. Candidates who will qualify the Tire 1 exam will be called for Tier 2 and 3 of the SSC CHSL selection process.

The Staff Selection Commission conducts the recruitment for several departments of the Government of India by organizing competitive exams. At present, the Commission carries out recruitment for Group ‘B’ and Group ‘C’ posts. It also conducts interviews and training for the aspirants whenever it is deemed necessary.

Q. What is the mode of SSC CHSL Tier 1 exam.

A. Tier 1 exam will be held in online mode, as a computer based test.

A. Minimum age needed for SSC CHSL 2022 is 18 year and maximum is 27 years. However, relaxation is applicable for reserved category.