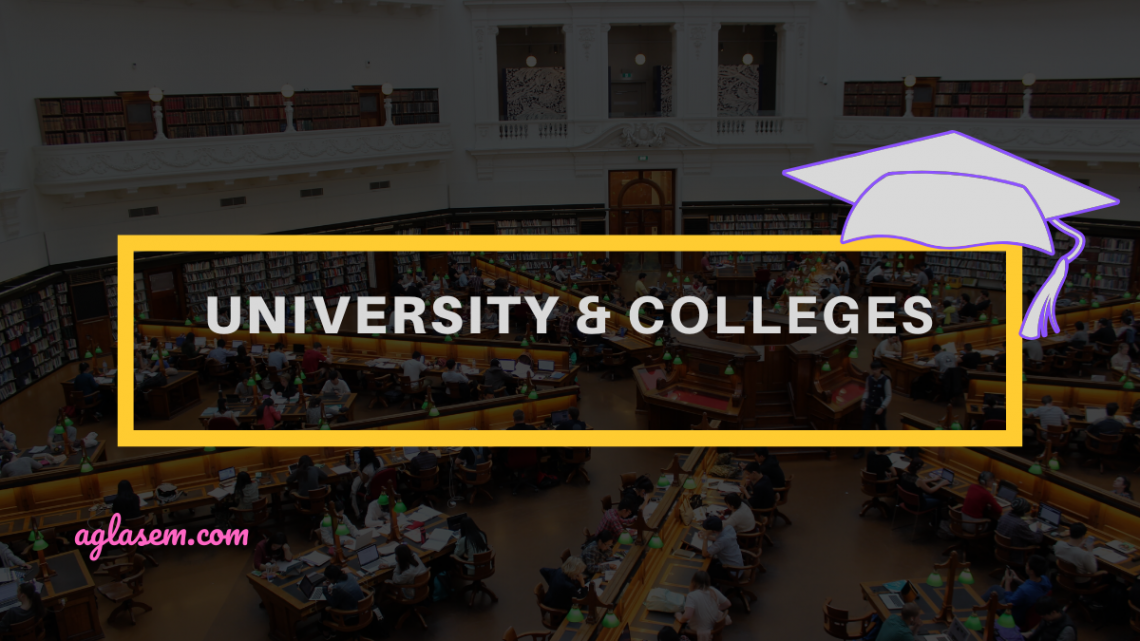 Which university or college to choose, how to apply for it, what courses does it offer, etc. are a few common questions which cross our mind while taking admission. There are numerous universities and colleges in India and it is like a second home to students who spend their 3 to 5 years, learning and making memories. From this page, you can check the admission details of university and colleges in India.

Following is the state wise list of University and Colleges in India.

Difference Between University and College

College: It is a smaller institution as compared to a university that offers only some courses or programmes. The college is, however, is a part of the university only but does not offer a wide variety of programmes to students.

Let us explain this statement with an example; SRCC is a college affiliated to Delhi University. It offers only undergradute courses and that too in commerce field namely B.Com Hons, B.A. Economics Hons. Delhi University is the main organising body of all the colleges affiliated and it has numerous colleges under its umbrella. Hence, it must be noted that colleges and universities not just vary in size but according to the number of courses offered by them.

Institutions that are called deemed-to-be-university enjoys the status of university only. As per the definition of MHRD, it is an institution of higher education that works at a higher standard in a specific area of study.

These universities are run by the state government of every state. State Universities derive most of their power from UGC. For example – University of Madras

These colleges are generally associated with universities or colleges. They have their own rules and regulations.

This is a status set by the Parliament of India. An institute of national importance is that which serves an important role in developing skilled personnel in a particular state / country. The institutes receive special recognition from Government of India.

Modes of Admission In University

Mode of admission and entry tests vary extensively across state and Universities/Institutions. The admission process varies from university to university. There are various ways of evaluating student’s performance and granting admissions based on scores obtained in the entry exams of universities. The following are the different modes of admission.

Some of the top engineering colleges in India are.