by AglaSem EduTech
in LLB 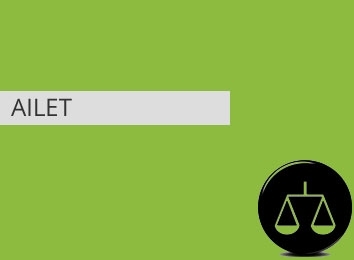 More than 12000 students appeared for the AILET (All India Law Entrance Test)  2012 conducted by NLU every year for admission to BA, LLB (Honors). Out of these thousands of students, 80 can only secure a seat.

When Ashwij Ramaih was desperately trying to access the results website, he was delighted beyond words to see his name on the top of the list. He immediately thanks God and credits the result to his elders’ blessings and his hard work.

When Ashwij was in 8th class, he began the herculean task of choosing his career. He went through brochures of IITs, AIIMS, law colleges and many other streams. He weighed the options on basis of his own skills, inclinations, strengths and weaknesses. He had always been extremely interested in oratorical activities like debating. Moreover, an avid reader of military novels related to battlefield and army generals, he felt he has sharp analytical and reasoning skills. He also saw the future prospects of different career. Law for example he feels will play a pivotal role in the Indian economy when foreign companies and international market will dominate corporate culture, bringing in hoards of mergers and acquisitions.

By the middle of class 9th, he had made up his mind of taking up law as career. One thing he was clear about was not having a plan B. he felt that many students try to keep many options open and end up not being able to good in any of them.

Doing mock tests is one of the most important part of preparing for AILET. Ashwij specifically mentions that he must have done around 100 mock tests. He also suggests books like Tata McGraw Hill, Arihant publications, CLAT essentials by Abhinav Srivastava, LST/ Sriram/ CLAT Possible modules, Universal guide to LLB. Apart from books, one should also regularly read the newspaper and be aware of what is happening in the world.

From when to prepare

To get rank 1 like Ashwij, you probably need to start preparing like Ashwij – soon after class 10th.

According to Ashwij, the two exams require different strategies. The GK section in CLAT for example concentrates on current happenings. And for this rigorous reading of daily newspapers and yearbooks are enough. Whereas for AILET, static GK data also need to be learned.  CLAT legal section has questions only on legal reasoning, whereas AILET Legal section asks qs on legal knowledge also.

Students who aspire to crack AILET should be clear about their goals and start preparing in an organized manner. Study smart, score smart!