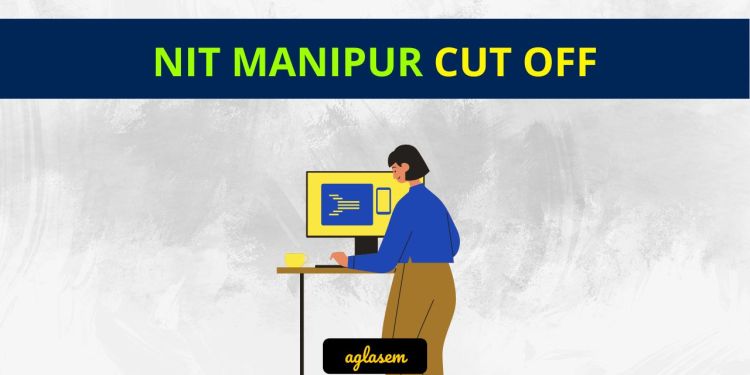 The JEE Main 2022 Cut Off for NIT Manipur will be published during JoSAA 2022. In the meantime you can check past year cut offs.

All past years JEE Main cut off for NIT Manipur are as follows:

All past years CCMT / GATE cut off for NIT Manipur are as follows:

All past years CCMN / JAM cut off for NIT Manipur are as follows:

NIT Manipur Cut Off – An Overview

Here are some key points to know about the cut off of NIT Manipur.

National Institute of Technology Manipur, a centrally funded institution is set up to impart quality technical education to various levels of higher learning. It is one of the ten newly set up NIT’s by the Ministry of Human Resource Development, Govt. of India vide its order no. F.23-13-2009-TS-III dated 30th October 2009 and 3rd March 2010. It has been established to cater to the needs of the thousands of students from the North East and outside in the field of Technical Education With National Institute of Technology Agartala, as its mentor institute and tremendous support from the State Govt. of Manipur, NIT Manipur started its first session on 1st August, 2010. The Institute was first established under the Manipur Societies Registration Act, 1989. (Regd. No. 425/M/SR/2010). Later, NIT Manipur was declared as a full-fledged NIT along with nine other new NITs,through An Act of Parliament and notified under Govt. of India Gazette notification No. 28 0f 2012 dated 7th June 2012 and declared as an Institute of National Importance.

If you have any queries on NIT Manipur Cut Off, then please ask in comments below.